GALA welcomes Antonella Riem from the University of Udine 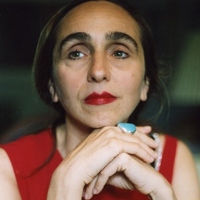 Antonella Riem Natale is Full Professor of English Literature and Language, Deputy-Vice Chancellor, International, former Dean of the Faculty of Foreign Languages and Literatures (2007-13), former Director of The Department of Foreign Languages and Literatures (2006-2007), University of Udine, President of the Italian Conference of the Faculties of Foreign Languages and Literatures, former member of the EASA board, President of ALL (http://all.uniud.it/). She editor in chief of the series ALL (2002: Udine, Forum: http://www.forumeditrice.it/percorsi/lingua-e-letteratura/all) and of the online journal on the literatures in English Le Simplegadi (2001: http://all.uniud.it/simplegadi/?lang=it). In 1998 she founded the Partnership Studies Group, which applies Partnership Studies to the study of literatures in English (http://all.uniud.it/?page_id=195). The PSG, based at the University of Udine, is leader of a network of scholars, international research centres and Universities that cooperate on interdisciplinary and transcultural funded projects, on the theme of partnership in world languages, literatures and cultures. Because of its strong affinities and goals with the PSG, she is happy to participate in the GALA network, with the strong support of the Vice-Chancellor of the University of Udine, and looks forward to implementing our collaboration within the network. Among her latest significant monographic studies and collections of essays: The One Life: Coleridge and Hinduism (Jaipur: Rawat 2005), The Tapestry of the Creative Word in Anglophone Literatures (Udine: Forum, 2013) and The Spirit of the Creative Word in Patrick White’s Voss. In: Cyntia vanden Driesen & Bill Ashcroft ed. Patrick White Centenary. The Legacy of a Prodigal Son. (Cambridge Scholars 2014). She is working on a volume on the figure of the Goddess in the literatures in English.