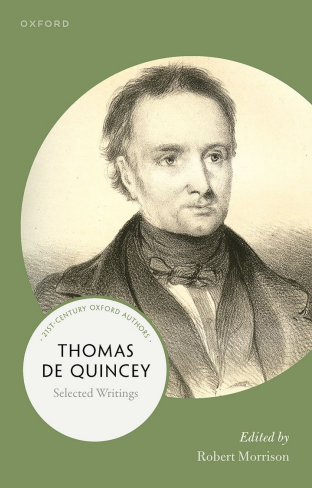 Thomas De Quincey: 21st-Century Oxford Authors is the most comprehensive selection of De Quincey’s writings published in decades, and includes all the essays that made him a major figure in his own age, and that give him a burgeoning relevance in ours.

The volume features complete versions of his three most famous works of impassioned autobiography – Confessions of an English Opium-Eater (1821), Suspiria de Profundis (1845), and ‘The English Mail-Coach’ (1849) – as well as a great deal of manuscript material related to these works, and an extensive selection from his revised version of Confessions (1856).

Click here for further details, including a promotion code for a 30% discount!