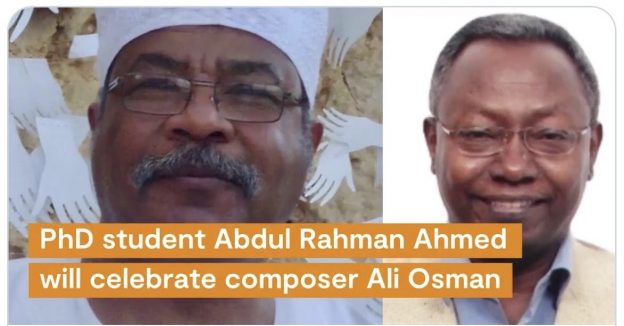 Following Ahmed Abdul Rahman’s (BSU PhD student) funding success with BBC Radio 3 and the AHRC on ‘Celebrating classical composers from diverse ethnic backgrounds’, the BBC Philharmonic Orchestra will be performing a work by Sudanese composer, Ali Osman (1958-2017). The BBC’s ‘Rediscovered Composers’ concert in Salford will feature the UK première of Osman’s From the South (1994) on Friday 4th November at 7:30pm.

In the two-movement piece for solo flute, strings and marimba, Osman embraces ideas of nationalism, combining the aesthetics of Sudanese traditional music with his extensive knowledge of contemporary music composition. Its distinctive characteristics include pentatonic melodies and the popular mardoum rhythm of Western Sudan.

The concert will include music by the other composers featured in the AHRC/BBC Radio 3 Diverse Composers project.

The event will be broadcast LIVE on BBC Radio 3. Listen here.