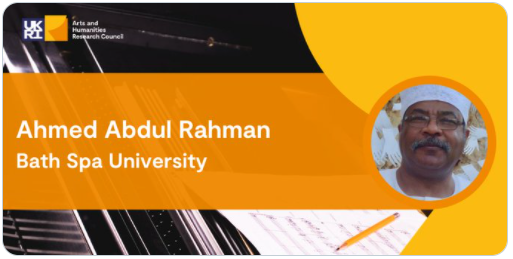 Following on from Ahmed Abdul Rahman’s (Bath Spa University PhD student) funding success with BBC Radio 3 and AHRC on celebrating the work of Sudanese composer Ali Osman, the BBC Philharmonic Orchestra will be performing an Afternoon Concert live on Radio 3 from MediaCity in Salford, that includes a UK broadcast premiere of Osman’s The Shepherd’s Song.

Live performances and further broadcasts of Osman’s music will be programmed by the BBC later this year.