A trip in time

As a writer, sometimes you have to work hard to discover your opening line, but at other times they are gifted to you in a flash. For my latest short story, ‘A Baptism of Dust’, the first sentence quite literally hits me hard in the face: ‘What could be more fitting than the indignity of a faranji face down in the dust of Addis Ababa?’ I am on assignment in the capital of Ethiopia, a research trip that forms part of a masters in Transnational Writing, and I take a tumble across a dusty sidewalk. My glasses fall off my face into the oncoming traffic: not only cars and minibuses, but donkeys, pedestrians and tuk-tuks too. I have already been writing about how my personal experiences are becoming part of the fiction I am writing, and here I find myself very much the conspicuous foreigner (faranji), unable to safely navigate the variable pavements of one of Africa’s biggest cities. Addis Ababa is home to both the African Union and the United Nations Economic Commission for Africa, and is therefore often described as the ‘political capital of Africa’.

It is a bewildering conurbation, communities sprawling in all directions from the small number of main boulevards that criss-cross the city, often named officially for international purposes – Roosevelt Street, Churchill Avenue, Queen Elizabeth II Street – with zero recognition at street level, either on (non-existent) signage that might help pedestrian orientation, or with the locals. We quickly find it is best to ask taxi drivers for exact locations, and in this way make our way around the city’s cultural highlights: the National Museum (home of the remains of three million-year-old ‘Lucy’, our oldest ‘ancestor’), the Red Terror Martyrs’ Museum (where much more recent skeletons are a grisly reminder of Ethiopia’s recent history of violence and repression), and – on the campus of Addis Ababa University itself – the Institute of Ethiopian Studies, founded by Richard Pankhurst (son of suffragette Sylvia).

In Amharic, the lingua franca of a country comprising over eighty ethnicities, Addis Ababa means ‘New Flower’, a name given to the city by Taytu Betul, wife of Emperor Menelik II as recently as 1886. Its previous name, Finfinnee, is still used by the Oromo, the country’s largest grouping, who in recent years have been at the heart of a secessionist movement that has rocked the post-1991 regime and led to the instalment of a new, reformist prime minister, Abiy Ahmed, the first ethnic Oromo to hold the office. My writing project starts in Wales, and traces the journeys – backwards – of refugees who have left Ethiopia in the last decade, adding not only to previous waves who fled the country under other regimes, but also to migrant flows from neighbouring Eritrea, Somalia, Sudan and South Sudan, among other nations in the region. Western media coverage of ‘Europe’s refugee crisis’ has massively underplayed explanations for large-scale exodus from the Horn of Africa, and my collection of stories seeks to redress that while giving voice to the perspectives and experiences of people from across East Africa who have been forced, for a huge and complex variety of reasons, to leave their homes and seek sanctuary elsewhere. In addition to the cycle of linked short stories, I am working on a ‘critical component’, an essay frequently described by course leader Siân Melangell Dafydd as the ‘behind the scenes’ or ‘making of’. I laugh at the thought of my Mr Bean-like fall as part of the ‘outtakes’ – the ‘bloopers’ version – but in all seriousness the incident does become the catalyst for a new short story for the collection, underlining the importance of my own journey as methodology for interrogating the far more harrowing journeys of others.

After Addis, I travel to Lalibela, an hour’s flight north and a world away from the hustle and hassle of the city. Named after a twelfth century king, the remote town, nestled high in the highlands of the Amhara region, is home to a collection of rock-hewn churches more than deserving of their status as a UNESCO protected world heritage site. Barely visible when looking across the vista of rolling green hills, below ground level the churches stand not only as monuments to centuries of innovation and preservation, but more importantly – and despite the tourists – they continue to be inspirational, atmospheric and utterly unique places of worship. Our guide, Derebe, returns repeatedly to a phrase he clearly wants us to take away: ‘It is a living heritage’.

We are in Lalibela across our Easter weekend, but Ethiopia runs on a different calendar – seven years behind the rest of the world and with thirteen months rather than twelve – and so Saturday is the Feast of Saint Michael, an archangel revered by Orthodox Christians, and Sunday is Palm Sunday, the day Jesus fulfilled Old Testament prophecy by riding into Jerusalem on a donkey. Given that King Lalibela built the multi-church complex as a ‘New Jerusalem’, together with the heavy use of symbolism in the architecture of the churches themselves, it proves to be a weekend rich in discovering religion mixed with myth, tradition, history, and – most importantly for my project – the power of story. Back in Addis at the university campus, the primary purpose of the visit – establishing collaborative research connections via the GALA partnership – begins to take firmer shape. Prospects are raised for a future conference around literature of migration and diaspora; possibilities abound for the translation of my short story cycle into Amharic and Oromo; assumptions are made that I will be returning to this country with which I have somehow stumbled into a strange kind of complicated love affair.

Next time, I must visit Shashamane in the south of the country, where Haile Selassie I donated a tract of land to Rastafarians from the Caribbean islands who wanted to go ‘back to Africa’; I’d also like to visit the relatives of some people I have come to know back home in Wales. Flying back to Heathrow, we reset our watches to adjust to the time difference, but also find ourselves having to switch our minds onto a different mode. In an increasingly globalised world, Ethiopia truly remains – with its own calendar and script, its contested histories and contemporary realities – a place set apart, endlessly fascinating. It’s yet another reminder of the core theme of the stories I am writing, and one that speaks to the turbulent spirit of our times: with an open mind, encountering the other will always enrich your life. Dylan Moore is studying for the MRes in Transnational Writing at Bath Spa University. He is the author of Driving Home Both Ways (Parthian), a collection of travel writing, and is the current Hay Festival International Fellow. He lives and teaches English in Newport, south Wales. @_DylanMoore 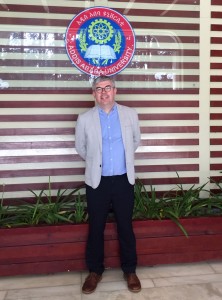 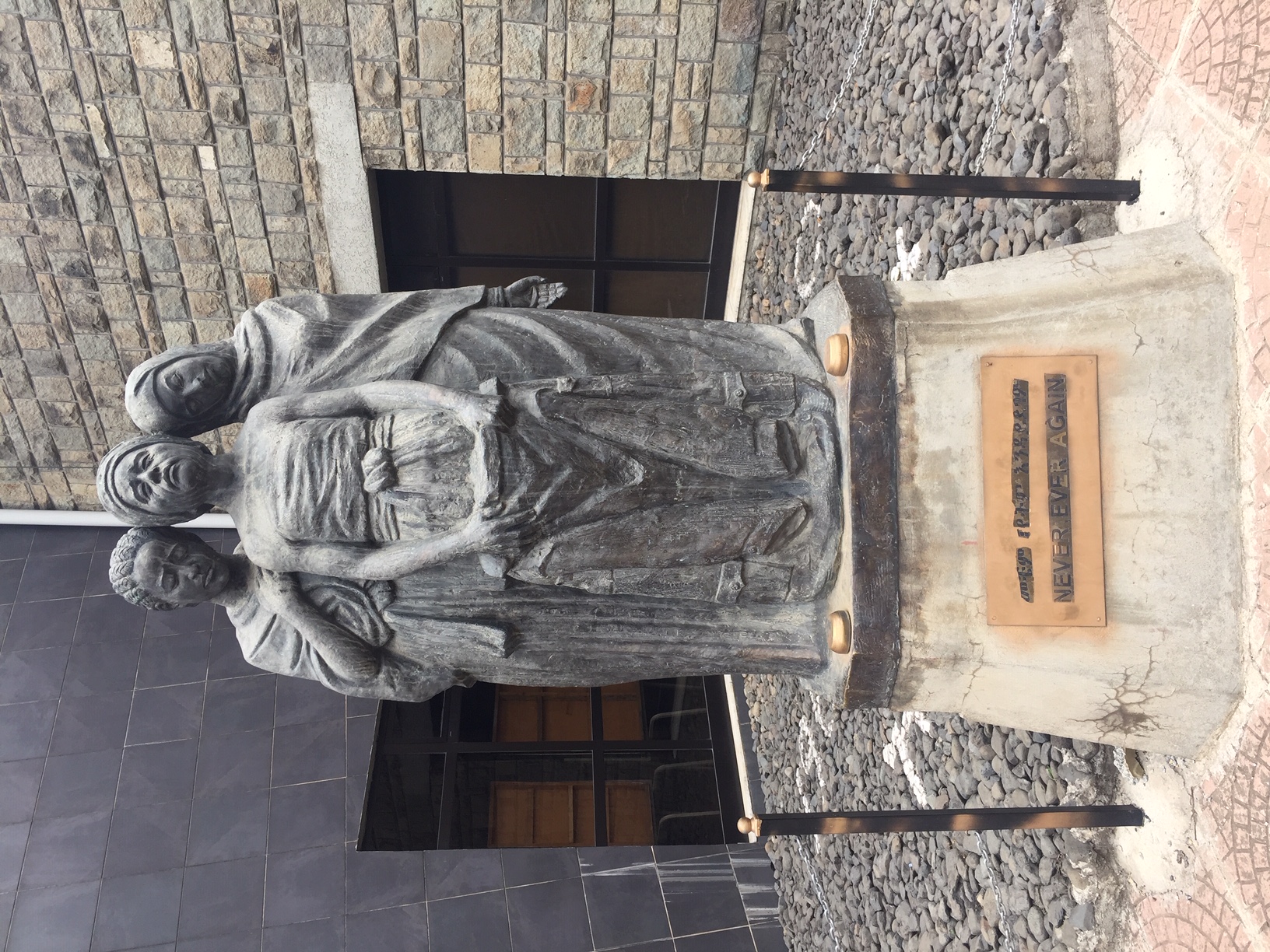 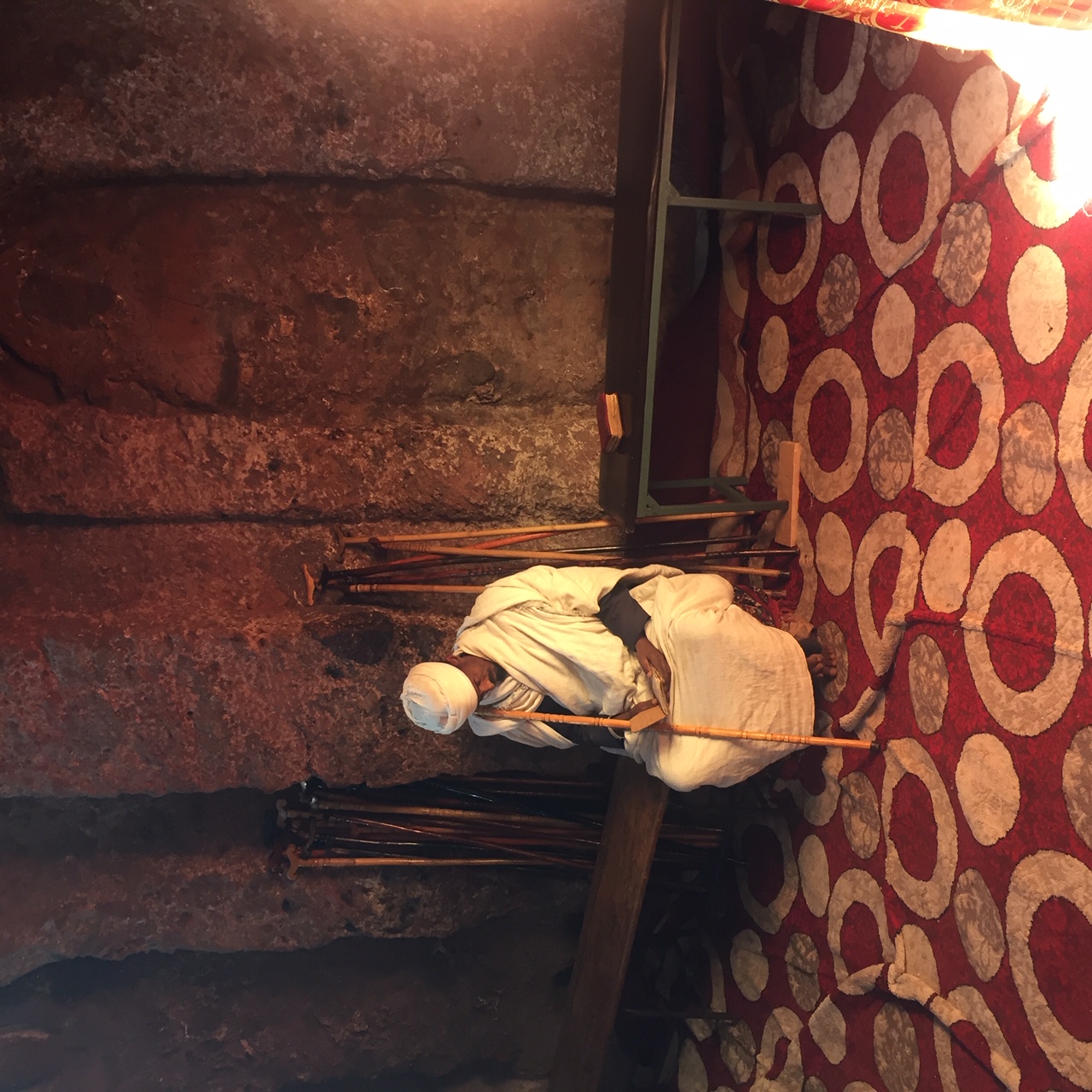 The Feast of Saint Michael, Lalibela 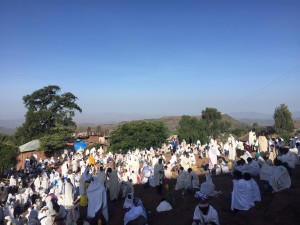 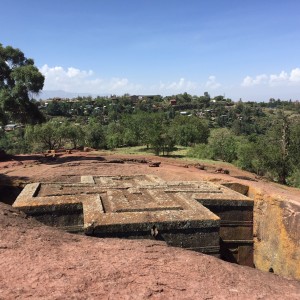